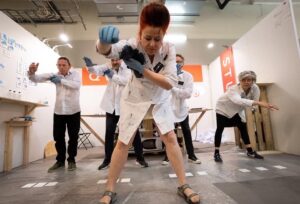 A QWERTY art piece often involves a “give and take” situation.  The guests became the artist, in order to “buy” the book.

At Susak EXPO 2018, the Danish art group QWERTY, were inspired by the renaissance painting by Raphael; The School of Athens.
QWERTY performed 3 days in a row, at the main staircase between upper and lower Susak 8th-10th of May 2018.
The form was lectures/talks/performances from each artist. All QWERTY members came to the remote island of Susak to find their authentic selves.

Indigo Richards performance was a manifestation of the hippie jacket, a personal history of loosing her self as a 10 years old girl, moving to another country and being teased by young girls. The jacket took a journey over 3 days being rinsed by the 4 elements.

People hurt and seek meaning of life, with art, QWERTY is looking for an escape.

Qwerty was invited by TAIKE Arts Promotion Center Finland and Platform to exhibit in Vaasa. 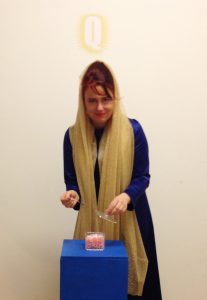 Lip-singing in the Afterlife (NO sound)

Songs: “Knockin’ on heavens door”, “Somewhere over the rainbow”, “Imagine”, “Stairway to heaven” 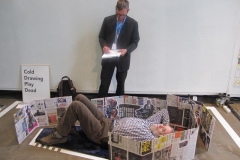 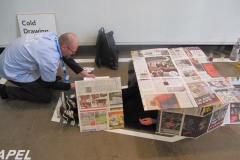 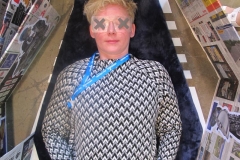 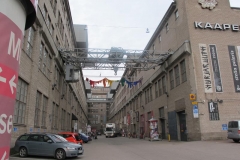 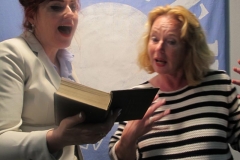 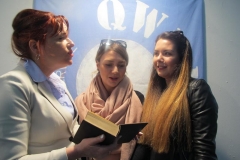 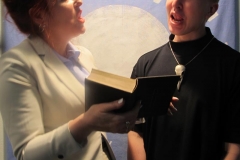 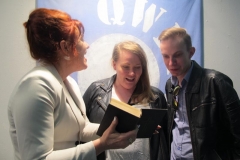 “Stairway to heaven”, Lip-sing in the Afterlife, Suomi Art Fair 2017 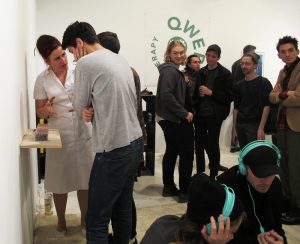 The exhibition is Exchange Rates: http://sluice.info/er2016 The Bushwick International Expo, The second collaborative exposition of galleries and projects in and around Bushwick, Brooklyn, NYC.

The exhibition is organized by London based initiative; Sluice_ and several prominent Bushwick galleries such as Centotto and Theodore art. 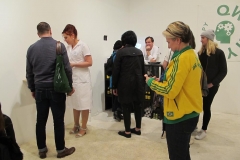 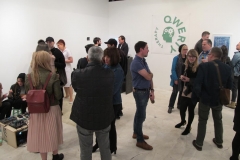 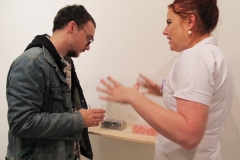 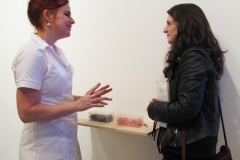 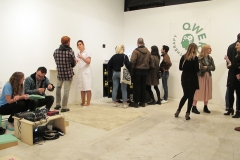 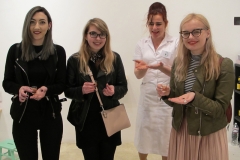